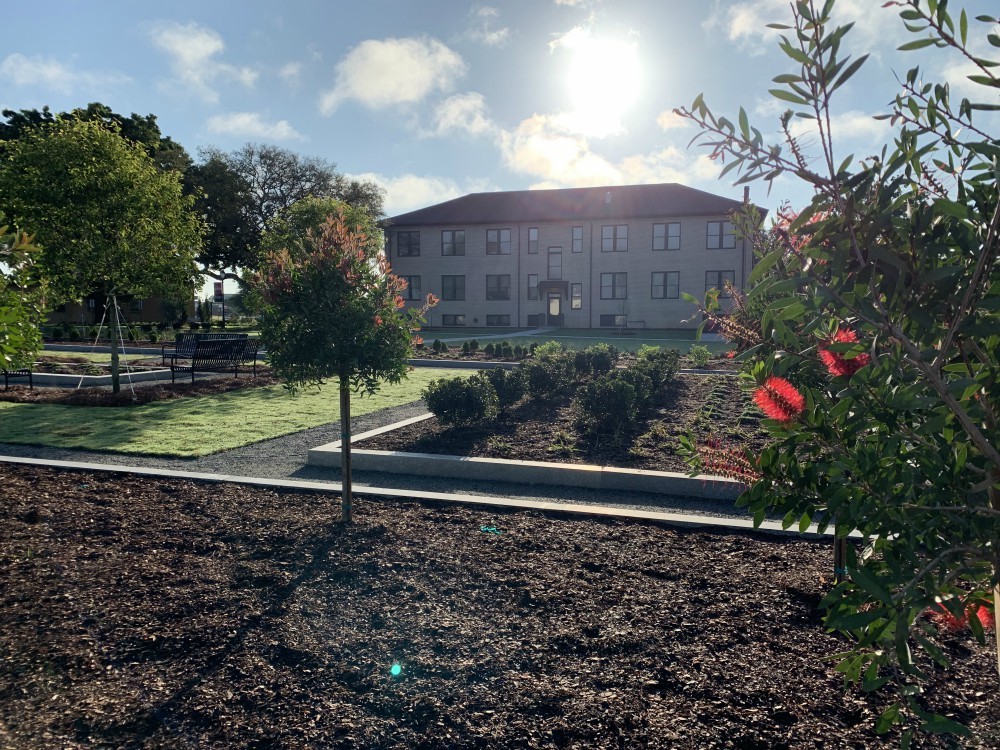 In the early days of the Coastal Plain Experiment Station (now the University of Georgia Tifton Campus), a formal garden was located at the center of campus behind the H.H. Tift Building. The garden was symmetrical, contained a variety of ornamental plants and even had a reflecting pool. It is unknown when or why, but eventually the garden was paved over for parking; reminiscent of the song Big Yellow Taxi where “they paved paradise and put up a parking lot.”

To commemorate UGA-Tifton’s centennial, and as a part of the campus’ master redesign, plans were drawn up to return the parking lot to a formal garden space.

The new garden’s design reflects many features of the original. It is bordered by Georgia granite, and the numerous and varied plants are all releases of plant genetics developed by University of Georgia scientists. The green space between the garden and the Tift Building contains the latest UGA commercial turf bermudagrass release, TifTuf, and is an ideal setting for special events.

The Centennial Garden serves as an homage to our first century of existence and marks the achievements of the men and women who came before. It also looks forward to a second century of service to agriculture and the citizens of Georgia. 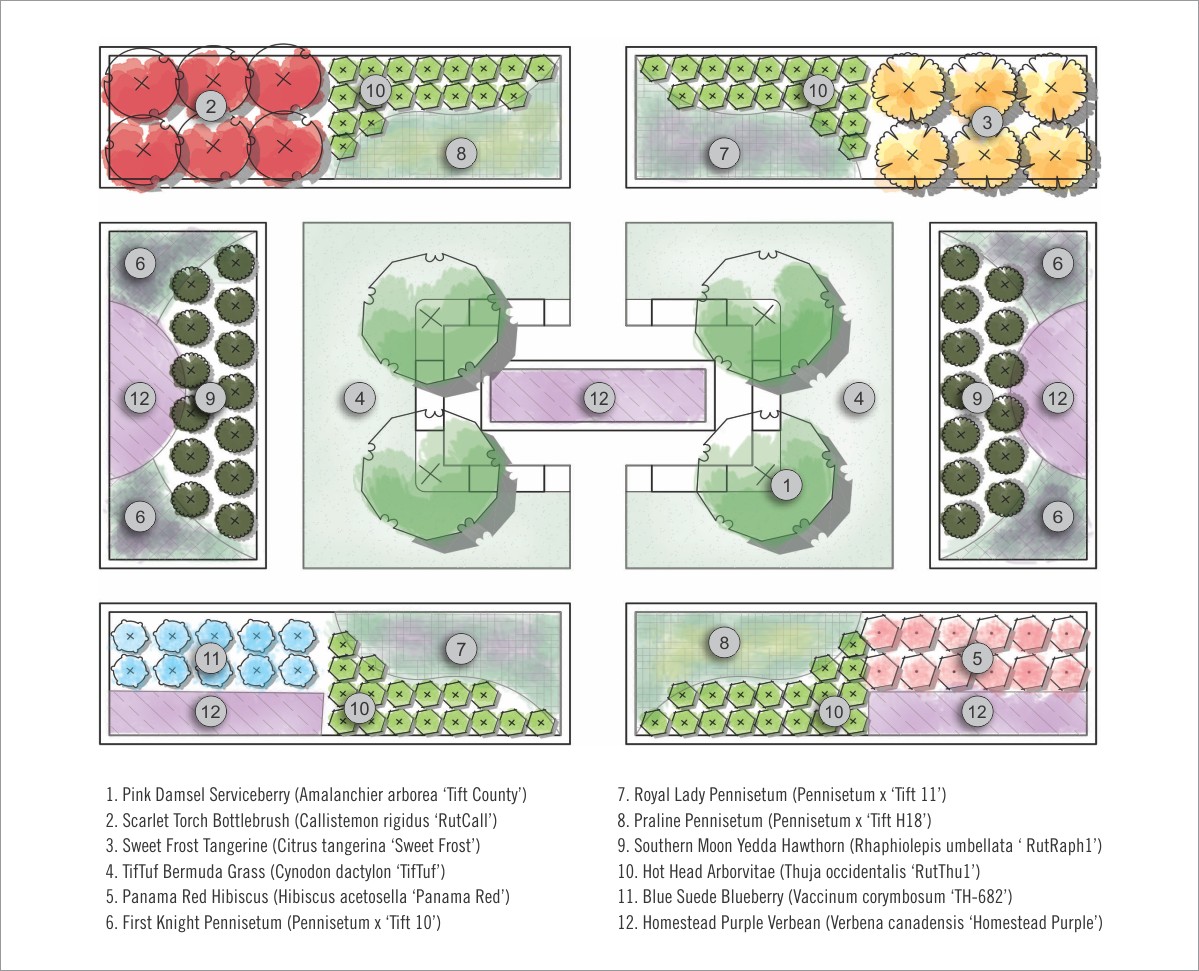