Tifton campus folks celebrated their own May 20, 2015 at the annual University of Georgia College of Agricultural and Environmental Sciences Tifton Campus Awards Ceremony. 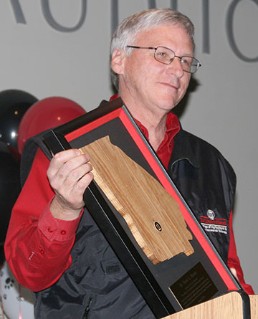 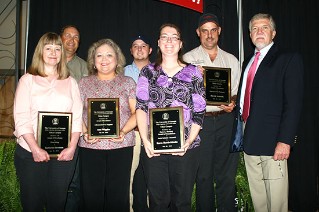 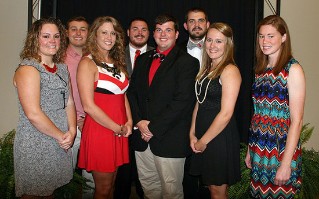 2015 Outstanding Education Grand Award
Awarded to The South Georgia Native Plant and Wildflower Symposium, a project of the Garden Club of Georgia, Inc. and the University of Georgia College of Agricultural and Environmental Sciences, Tifton. This was awarded by the Georgia Urban Forest Council recognizing individuals and organizations for outstanding work in protecting and enhancing our community forests.

David Riley - Elected as 2015 President-Elect of the Southeastern Branch of the Entomological Society of America.

Michael Toews - Received the Oliver I. Snapp Award in recognition of the best research paper by a regular member during the 2015 Annual Meeting of the Georgia Entomological Society. 2015 recipient of the Award for Excellence in Integrated Pest Management, awarded by the Southeastern Branch of the Entomological Society of America.

Mark Abney - The International IPM Award for Recognition was awarded to StopBMSB Program, March 2015, in recognition of its sustaining coordinated efforts and multiplying expertise to control the brown marmorated stink bug.

Office of Communications and Creative Services

Clint Thompson - Received the Mass Media Award presented at the Georgia Association of County Agricultural Agents meeting in Statesboro in November, 2014, in recognition of the extensive media presence that Clint has developed in his time with UGA Tifton.

Albert Culbreath - Council for Agricultural Science and Technology, Certificate of Excellence-Educational Materials Award (with three other authors). In recognition of efforts in the CAST paper, "The Contributions of Pesticides to Pest Management in Meeting the Global Need for Food Production by 2050." Invited plenary speaker at the 2014 Student Organic Seed Symposium, Cornell University.