Tifton campus folks celebrated their own May 5, 2014 at the annual University of Georgia College of Agricultural and Environmental Sciences Tifton Campus Awards Ceremony.

View the 2014 Year in Review slideshow 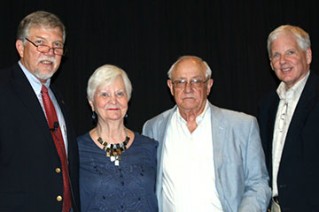 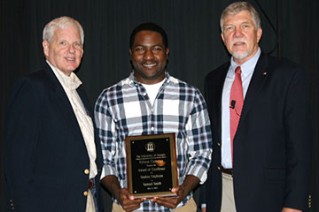 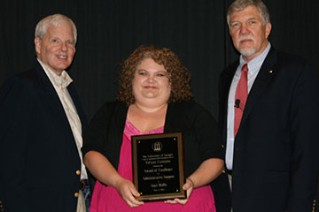 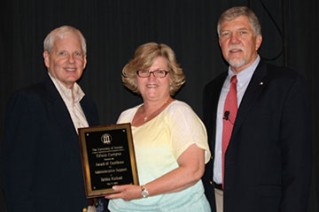 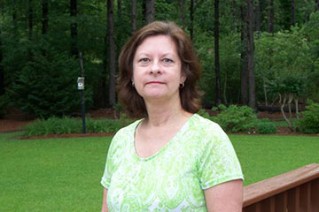 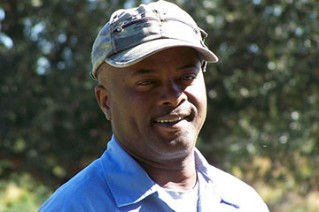 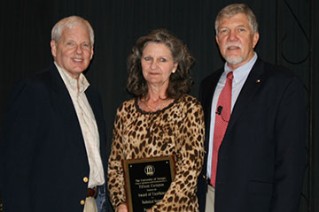 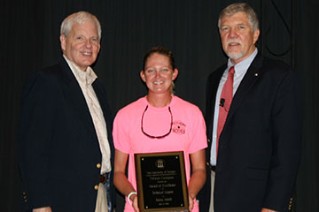 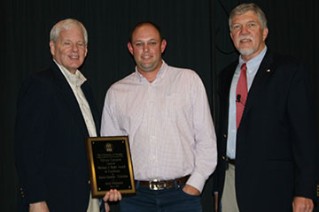 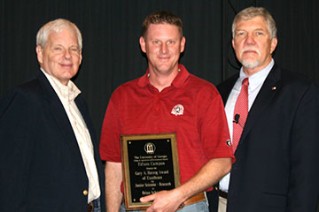 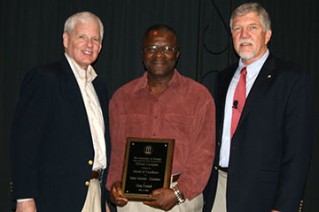 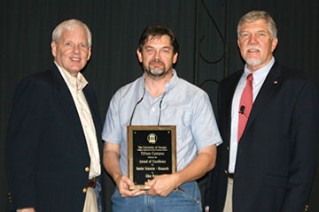 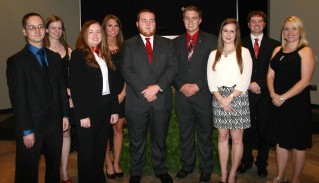 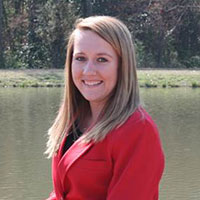 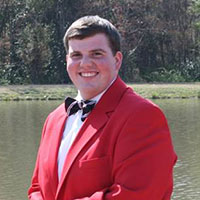 Patsie Cannon - Honorary State FFA Degree from the Georgia FFA Association. This is the highest honor in the organization that is bestowed upon an individual at the state level. She received the award on May 2 during the State FFA Convention in Macon.

Brian Little - Received first place for his presentation at the Annual Meeting of the Georgia Entomological Society held April 9-11 in Valdosta. The presentation was titled “Efficacy of Selected Classes of Insecticides for Managing Stink Bugs (Hemiptera: Pentatomidae) in Georgia Cotton.”

Received second place for his presentation at the Beltwide Cotton Conferences held January 6-9 in New Orleans. The presentation was titled “A Comparison of Organophosphates, Pyrethroids, and Neonicotinoids for Managing Stink Bugs in Cotton.”

Received third place for his presentation at the Annual Meeting of the Georgia Association of County Agricultural Agents held November 4-6 in Lake Lanier Island, GA. The presentation was titled “Management of Cigarette Beetle Populations Within Tobacco Receiving Stations By Using Mating Disruption Techniques.”

Submitted a winning photograph in the 2013 Tifton Campus Photo Contest. His entry in the Outreach Activity category was titled “Entomology Outreach.”

Was selected to participate in the 2013 UGA CAES Project FOCUS-Service Learning experience held in Ecuador and received both the 2013 CAES International Travel Scholarship and the 2013 UGA Graduate School Dean's Award to support his travel and participation.

Ian Knight - Received second place for his presentation at the Annual Meeting of the Georgia Entomological Society held April 9-11 in Valdosta. The presentation was titled “Cultural Practices to Reduce Thrips Densities and Disease Transmission in Peanut.”

Received first place for his presentation at the Annual Meeting of the Southeastern Branch of the Entomological Association of America held March 2-4 in Greenville, SC. The presentation was titled “Potential for Managing Thrips in Seedling Cotton Using Particle Films.”

Was nominated by the Department of Entomology to receive the 2014 CAES E. Broadus Browne Research Award in recognition of outstanding research and effective communication skills. Ian is a graduate student in Dr. Toews' insect ecology lab.

Dr. Phillip Roberts and Dr. Michael Toews (along with the Southeast Row Crop Entomologists Working Group) - Received the 2013 Friends of IPM Bright Idea Award. The award was presented by the Southern IPM Center in recognition of a stink bug decision aid card.

Stripling Park was named a winner in the Irrigation Association's Smart Marketing Contest for having one of the best 2013 Smart Irrigation Month promotional campaigns. SIRP was recognized at the 2013 Irrigation Show in Austin, TX as the Affiliate – Agriculture category winner.

Josh Clevenger - Received a Ph.D. Scholar of Excellence Fellowship, won 1st place in the PBGG Spring Retreat poster competition and was awarded an Innovative and interdisciplinary Research Grant (2014) from the Graduate School.

Dr. Dawn Olson - Awarded a Fellowship from the Japanese Society for the Promotion of Science. She went to Japan for 2 weeks last November to work on research of the Kudzu bug and gave several talks at six Japanese Universities.