Tifton campus folks celebrated their own April 27, 2010 at the annual University of Georgia College of Agricultural and Environmental Sciences Tifton Campus Awards Ceremony. 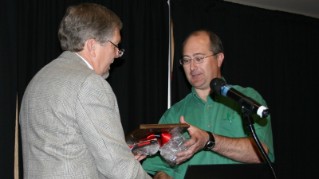 The 2010 Friend of the UGA Tifton Campus Award was presented to Kelley Manufacturing Company.

"They've been a leader and innovator for years, but also a great partner for us on the campus," said Joe West, UGA Tifton Campus assistant dean. "They do so much for us, and we are greatly appreciative of it."

Last year, KMC donated time, effort and resources to refurbish an old two-row peanut combine for the campus. A two-row combine is not common anymore, but it's what's best used to harvest small test plots like those planted by UGA College of Agricultural and Environmental Sciences researchers across the state.

The company added safety features to the combine and redirected its blower away from workers who must stand on the picker to collect plot samples as it travels down rows. KMC President Bennie Branch accepted the award. 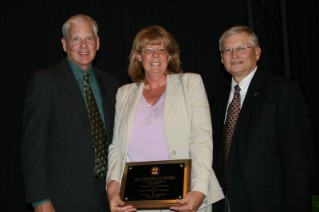 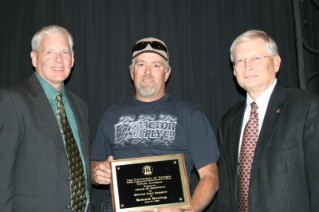 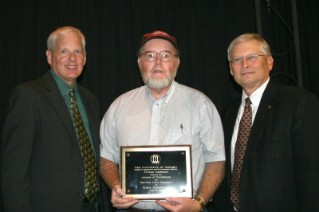 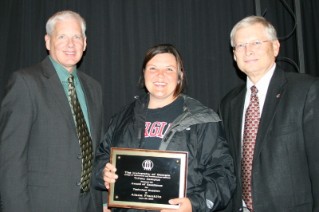 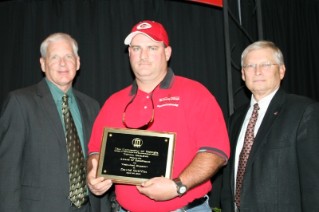 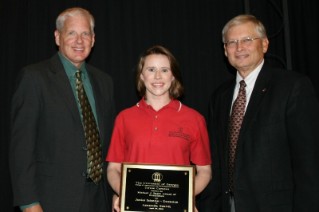 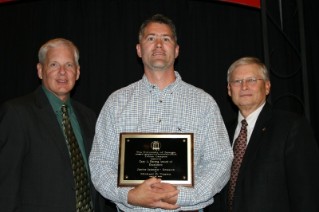 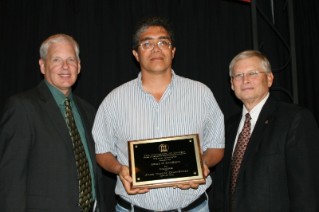 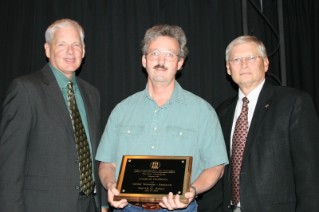 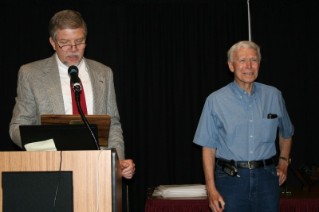 Garret Hortman received a Certificate of Achievement as one of the top 100 student workers at the University of Georgia.

John Beasley, Crop and Soil Sciences - Chair for the Seed Physiology, Production, and Technology Division in the Crop Science Society of America

Tim Brenneman, Plant Pathology - Education Award from Armand Morris of the GA Peanut Commission this winter; and Inducted as a Fellow of the American Peanut Research and Education Society (APRES), Raleigh, NC, July, 2009

Garret Hortman, Biological and Agricultural Engineering - Student worker for Dr. Gary Hawkins of the Biological and Agricultural Engineering Department, was recognized as one of the top 100 student employees (out of over 4000 students at UGA) selected this year. On April 14, he attended the Student Employee of the Year Award Luncheon in Athens. Garret and the other 99 student employees of the year were honored and will receive a certificate. Garret is a student in the UGA Tifton Campus Agriscience and Environmental Systems major and will graduate in May, 2010.

Duncan McClusky, Library - Outstanding Leadership Medallion from the Georgia District of Kiwanis; and Received Scrapbook Award from the Circle K District of Georgia in the May newsletter