Tifton campus folks celebrated their own May 10, 2007 at the annual University of Georgia College of Agricultural and Environmental Sciences Tifton Campus Awards Ceremony. 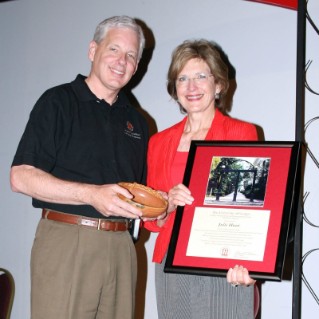 Friend of the UGA Tifton Campus

Julie Hunt (right) was recognized for her contribution to the campus, receiving the campus's first Friend of the Campus award.

This award is designed to recognize an individual who has made a significant impact on enhancing the programs and mission of the Tifton Campus but is not an employee of the University of Georgia or USDA-ARS. 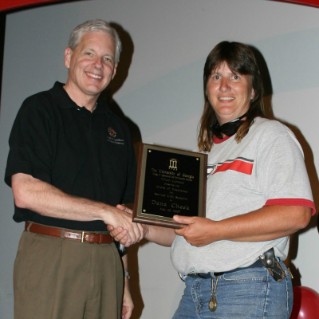 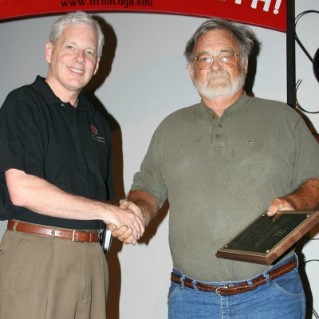 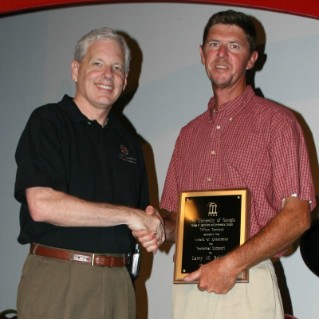 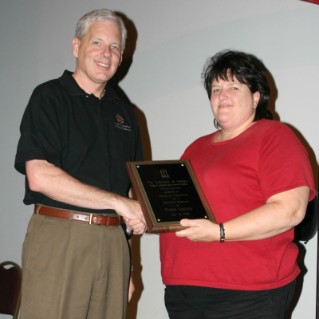 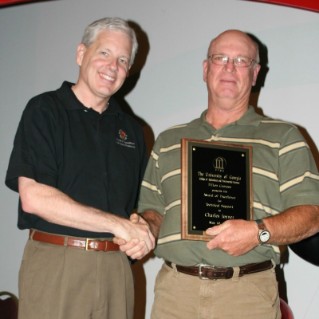 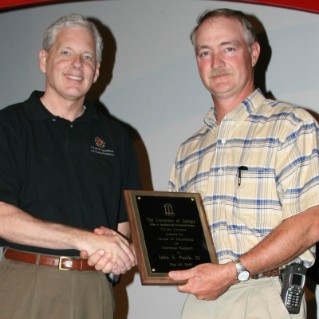 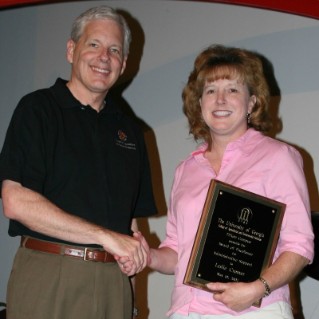 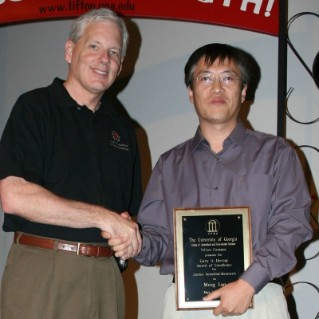 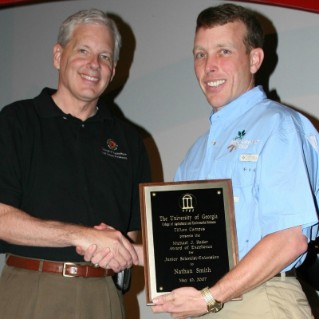 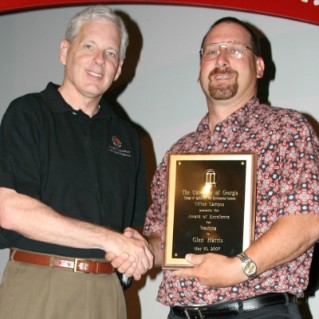 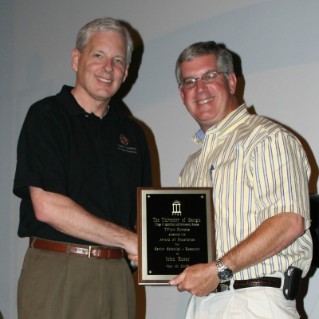 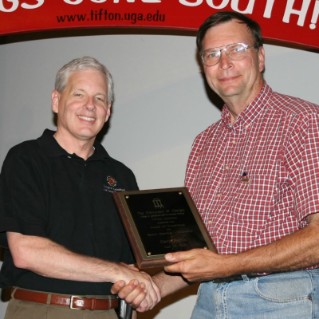 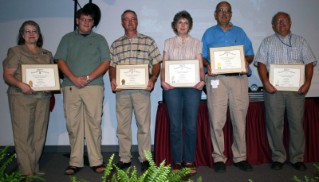 John Paulk - Service to Research Award
Awarded to recognize individuals who would not normally be eligible for other Sigma Xi Awards, but who have, through unusual initiative and effort, made a contribution to science above and beyond that expected.

David Edens - Emory Cheek Memorial Sigma Xi Scholarship
Awarded to a senior student of Tift County High School with an outstanding record in science and an interest in continuing their education in science.

James D. Dutcher, Entomology - Won $100 and a certificate from the Southeastern Pecan Growers for the Gold Seal Red Ribbon Award in March for the Best Paper Presentation at the 2006 meeting of the association.

Paige Gay, Biological and Agricultural Engineering - Received her Ph.D. from the University of Florida and accepted the position of Assistant Research Scientist with BAE; Paige was previously a Research Coordinator II with BAE.

C. Corley Holbrook, Crop Genetics and Breeding - Inducted as Fellow for the American Peanut Research and Education Society. Elected as Division C-1 (Crop Breeding and Genetics) Representative to the Crop Science Society of American Board of Directors.

Wayne Hanna, Crop Genetics and Breeding - Inducted into the ARS Hall of Fame.