Tifton campus folks celebrated their own May 9, 2006 at the annual University of Georgia College of Agricultural and Environmental Sciences Tifton Campus Awards Ceremony. 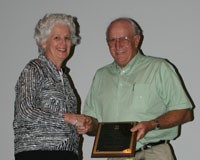 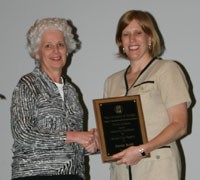 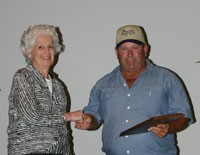 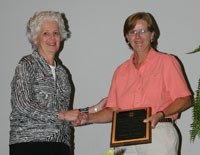 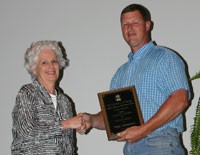 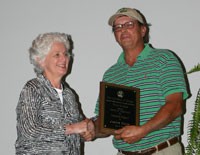 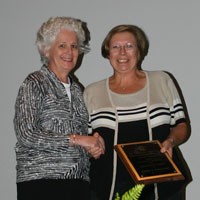 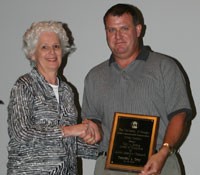 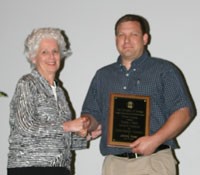 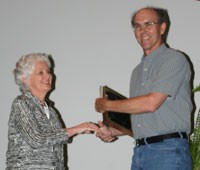 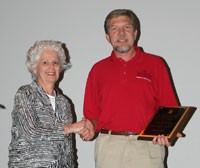 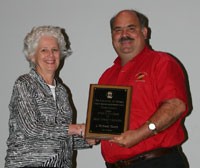 Clay Roach - Service to Research Award
Awarded to recognize individuals who would not normally be eligible for other Sigma Xi Awards, but who have, through unusual initiative and effort, made a contribution to science above and beyond that expected.

Dorris Ottens - Emory Cheek Memorial Scholarship
Awarded to a senior student of Tift County High School with an outstanding record in science and an interest in continuing their education in science.

John Beasley, Crop and Soil Sciences - 2006, President of the Southern Branch of the American Society of Agronomy

Duncan McClusky Library - Updating my section on Agriculture Journals for the book Magazines for Libraries; Chair of Keep Tift Beautiful; appointed to the city board, EMAG; appointed Secretary of the Kiwanis Club of Tifton in October; Listed in the 60th Edition of Who’s Who in America

David Riley, Entomology - Received a plaque from the Entomological Society of America for exceptional service on the National Committee on Membership for turning around a five-year loss in membership in 2004 and participating in the continued growth since that time