Tifton campus folks celebrated their own May 10, 2005 at the annual University of Georgia College of Agricultural and Environmental Sciences Tifton Campus Awards Ceremony. 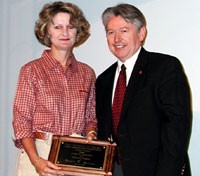 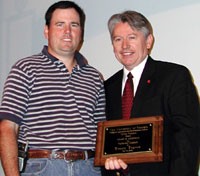 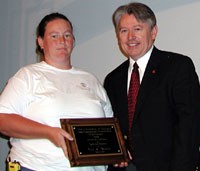 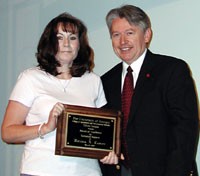 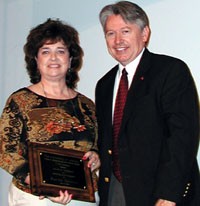 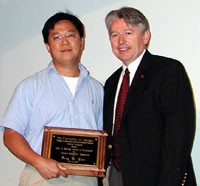 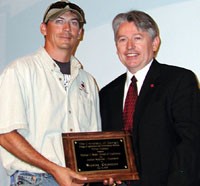 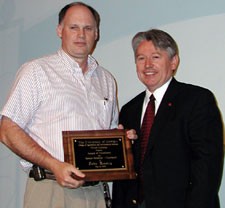 Emily Cantonwine - A graduate student with Albert Culbreath in Plant Pathology successfully defended her dissertation titled "Use of Genetics and Cultural Practices to Suppress Foliar Diseases of Peanut and Reduce Fungicide Requirements," 2005

Benjamin Baldree - Service to Research Award
Awarded to recognize individuals who would not normally be eligible for other Sigma Xi Awards, but who have, through unusual initiative and effort, made a contribution to science above and beyond that expected.

Tim Brenneman, Plant Pathology - Serving in 2005 as President of the Southern Division of the American Phytopathological Society

Gary Hawkins, Biological and Agricultural Engineering - Received 2004 Excellence in Teamwork Award, presented by the Joint Council of Extension Professionals; and Elected President of the Georgia Section of the Soil and Water Conservation Society

Lenny Wells, Horticulture - New state pecan specialist, has joined the Horticulture department for 50% of his time, 2005