Tifton campus folks celebrated their own at the annual University of Georgia College of Agricultural and Environmental Sciences Tifton Campus Awards Ceremony. Plaques were presented along with gifts of appreciation donated by the Griffin Corporation.

Awards of Excellence for Technical and Clerical Support 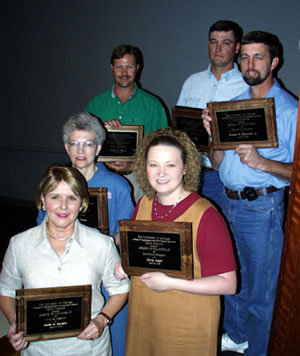 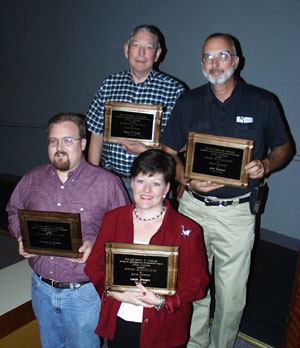 The recipient for the Junior Scientist Extension Award of Excellence was Laura Johnson, 4-H and Youth Specialist, Animal Science.

The Junior Scientist Research Award of Excellence recipient was Ted Webster, Research Agronomist with USDA-ARS in the Crop Protection and Management Research Unit and Adjunct Professor with UGA in the Department of Crop and Soil Sciences. 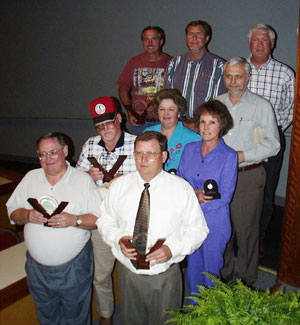 Pictured are employees with
25 and 30 years of service.