This August, more than 900 Georgians will make history by participating in the first citizen-powered census of pollinators in the United States.

As part of the University of Georgia Cooperative Extension Service’s Great Georgia Pollinator Census, hundreds of Georgians will head in their yards, nearby parks or local community gardens to help take a count of Georgia’s pollinators.

“We’re going to be making pollinator history in Georgia this August,” said Becky Griffin, UGA Extension school and community garden and pollinator census coordinator . “This is the first time this type of project has been attempted with pollinators. We have a great network of counters all over the state, and we’re going to end up with new and very useful insights into the health of pollinators in our state.”

Over the past year, Griffin has been working to recruit students, teachers, gardeners and other citizen-scientists to participate in the count, which is modeled after the Great Backyard Bird Count organized by Cornell University each fall.

For 15 minutes each day on August 23 and 24, Georgians will head outside and focus their attention on plants that are known to attract pollinators. They’ll tally up the insects that they’ve seen at work and report their numbers.

"We are encouraging every Georgia citizen to get involved with this project. Counting criteria and training will be available through the website, and there will be events centered on the project across the state,” Griffin said. “We are using this as an opportunity to educate Georgians about the importance of pollinators and pollinator habitats while generating useful data about the types of pollinators in our state.”

It’s OK if would-be counters don’t yet know their butterflies from their bombas (the Latin name for bumblebees), because Extension has excellent counting and identification tutorials on the census website, Griffin said. All a citizen-scientist needs is 15 minutes and an interest in helping the world better understand beneficial insects.

Census takers can view the training materials online and count by themselves, or they can join one of the many guided counts that will be held across the state.

Many of the groups who have already registered are classroom groups in which teachers are using the census to help teach science, technology, arts and mathematics (STEAM) lessons. Griffin is hoping to attract more classes to join the count when the school year starts for many of the state’s school systems in August.

“The more census takers we have across the state the more accurate the count we will have and the better picture we’ll have of the health of our pollinators,” Griffin said. “Casting a wide net is key to making this project work.”

Griffin successfully ran a smaller-scale pollinator census project at 50 school and community gardens across the state in 2017. With just those 50 schools participating, Griffin saw some interesting trends concerning pollinator distribution.

The success of the pilot census project gave Griffin confidence that she could teach people across the state how to identify pollinators and enlist them for the statewide census project.

To register to be a census taker, visit GGaPC.org.

Merritt Melancon is a news editor with the University of Georgia College of Agricultural and Environmental Sciences.
Authors:
Merritt Melancon
Experts/Sources:
Becky Griffin 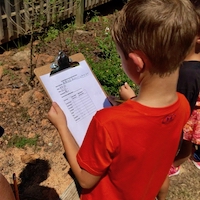 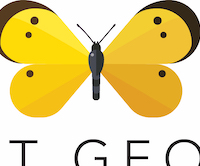 Georgia 4-H’ers participate in pollinator education program Posted on 12/02/20 by Austin Clark
Eight Grady County 4-H’ers installed a pollinator garden at a local school as part of a yearlong program highlighting the importance of pollinators.

Pruning tips for ornamental plants Posted on 11/03/20 by Brandon Crumsey
To prune or not to prune, that is the question. Pruning is an important part of maintaining plant health and maximizing plant productivity. This is often a topic that brings fear and confusion, but pruning is, in fact, a beneficial and routine task.

Like it or not, Joro spiders are here to stay Posted on 10/26/20 by Beth Gavrilles
Chances are, if you live in northeast Georgia you’ve come across an East Asian Joro spider this fall.
See More News Subscribe for Updates